9090 is the first espresso coffee maker in Alessi's history, but also the first of several Compasso d'Oro awards and the first Alessi item exhibited at the MOMA in New York. "I wanted to give this machinery the features that others do not have." With these words Richard Sapper described the idea from which he started. 9090 is original not only for its special shape but also for some functional innovations such as the enlarged base that allows to maximize heat, the anti-drip spout and the lever lock that allow one to open the coffee pot with a simple gesture of the hand. Espresso coffee maker in 18/10 stainless steel. Magnetic steel bottom suitable for induction cooking. Warning: verify that your induction hob is able to switch on when an item with a diameter of at least 90 mm is placed on it.

16 other products in the same category:

Le Creuset
09.2024
Grey
€9.50
Once wine has been opened, it is important to preserve it properly so as to enjoy the rest of the bottle another day. Used with Le Creuset's wine pump, the durable, reusable stoppers tightly seal an opened bottle of wine, preserving the flavour and aroma for up to seven days. 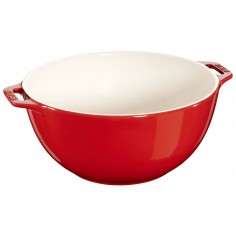 Staub
20.4375
Red
€34.16 €37.95
This round bowl in cherry ceramic is perfect for serving salad, also make it perfect for preparing and serving larger portions of food. The bowl's ergonomic handle makes it more comfortable to hold, whilst its attractive design and superior craftsmanship turn it into an eye catching feature for the dining table, as well as the kitchen. Present your food...

Peugeot
40.1992
Chocolate Natural
€19.30 €22.70
Peugeot is an established world wide brand recognised for its high quality and innovative products since 1812. The first mill was developed back in1874 and since then they have been quoted to be ‘The Rolls Royce of pepper mills’. They are widely used in commercial kitchens and restaurants around the world and have a broad range which includes classic,... 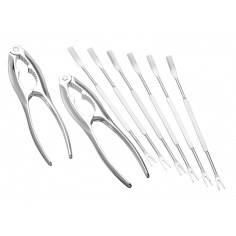 Kitchen Craft
04.3109
Black
€16.25
Serve and dine in true artisan style, taking food directly from the oven to the table in elegant fashion. Perfect for cooking and serving individual portions, this cast iron gratin dish comes with a heat resistant wooden serving stand. Perfect for use at dinner parties. The dish is grill safe and oven safe up to 250°C, and is handwash only. Wooden base is...

Le Creuset
09.4242
Transparente
€61.75
Enjoy your favourite white or rosé in this elegantly shaped glass. The sleek, slim design helps keep your wine cooler for longer, while the narrow rim ensures those delicious aromas stay in your glass. Perfect for casual dining or special celebrations, this set of four will elevate your entertaining.

Le Creuset
09.4247
Black
€24.70
Serve up everyday dishes and special occasion suppers using this expertly designed spoon. Ideal for stirring and serving, its flexible silicone edge releases food from the tightest corners and ridges of your pots, pans and casseroles. Heat resistant up to 205°C, you can even use it on non-stick cookware. 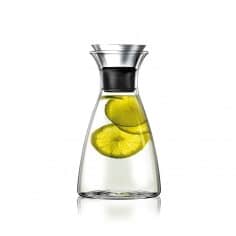 Eva Solo
08.4616
Transparente
€39.95
Can be used for all types of beverages as well as for decanting and serving wine. Heat-resistant glass. 100% dip-free.

Kitchen Craft
04.2412
Stainless steel
€7.50
These reusable stainless steel drinking straws are the perfect alternative to plastic straws making them eco-friendly. They are also non-toxic and BPA free! The set of four straws also comes with its own straw cleaner to make sure you are completely satisfied. Perfect to sip away cold drinks such as milkshakes, juices, fizzy pop, iced lattes and water.

Le Creuset
09.3911
Black
€24.24 €27.55
The Silicone Edge Pasta Fork is perfect for scooping spaghetti and noodles and it is shaped with a larger wide head to also act as a spoon when serving a dish. Made to the highest standards, our Silicone Professional range is constructed from premium grade silicone. The reinforced nylon handle and high quality silicone are heat resistant to 250º. The...

Le Creuset
09.4412
Prata
€46.55
Wine lovers understand the importance of removing air from the bottle after opening, to preserve and prolong those delicious tastes and aromas. This high quality wine pump lets you save your wine for several days. Suitable for most bottles, it comes with three vacuum plugs.

Kitchen Craft Artesà Cast Iron Round Fry Pan with Board

Kitchen Craft
04.3106
Black
€12.75
Serve in style, taking food directly from the oven to the table in elegant fashion. Ideal for cooking, presenting and serving appetisers, accompaniments and sauces, the round cast iron fry pan comes complete with a wooden serving board and looks gorgeous sat on any dining table or surface. Perfect for use at dinner parties. Fry pan is grill safe and oven...

Joseph Joseph
01.0104
Yellow
€12.50
Keep the pips out of your homemade lemon meringue pie (or any other recipe requiring citrus juice) with this clever adaptation of a classic tool. With conventional hand reamers the extracted juice needs to be strained before use, to remove any unwanted pips and fruit pulp. The design of the Catcher™ helps eliminate this problem with its soft rubber cup... 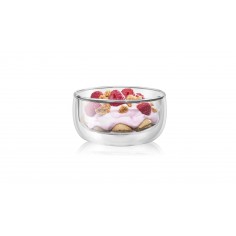 In stock
Plates and Bowls
Zwilling 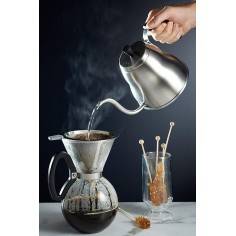 Kitchen Craft
04.2337
Stainless steel
€48.50
Want to know how to achieve an evenly flavoured, full-bodied cup of pour over coffee or slow brew tea? it's all about the pouring technique. That's why KitchenCraft Le'Xpress has designed this kettle - to help you perfect your pour! This Japanese-style drip kettle features a slow pouring spout. It regulates the flow of hot water as you pour, steadying it...

Zwilling
58.4599
Transparente
€24.95
Whisky should undoubtedly be enjoyed at the correct temperature. Some consumers prefer to use a pre-chilled drink, whilst others use ice cubes. Some also enjoy the complex aromas that unfold particularly well at room temperature (about 21º C). Whatever your preferences, with the double-walled whiskey glass from ZWILLING Sorrento, your perfect drink...
Tap to zoom

No account? Create one here
Product added to wishlist